IMPORTANT! Foreigners in China during the epidemic must abide by the following

IMPORTANT! Foreigners in China during the epidemic must abide by the following

Virus knows no national borders. Everyone worldwide must take responsibility in fighting the epidemic. Since the outbreak of COVID-19, the Chinese government has attached great importance to the safety and health of all people in China, including foreigners, and has protected their legitimate rights and interests according to the law. Presently, as the positive trend in preventing and controlling the epidemic in China has been constantly consolidated and expanded, the National Immigration Administration has been collecting relevant legal provisions relating to the rights and obligations of foreigners in China in epidemic prevention and control. All foreigners in China shall strictly abide by the laws and regulations and actively cooperate when measures are taken to prevent the risks caused by the epidemic, for the good of your own health and safety, as well as that of others.

I. According to Constitution of the People's Republic of China and Exit and Entry Administration Law of the People's Republic of China, the legitimate rights and interests of foreigners in China shall be protected by laws. Foreigners in China shall abide by the Chinese laws, and shall not endanger China’s national security, harm public interests and disrupt social and public order. 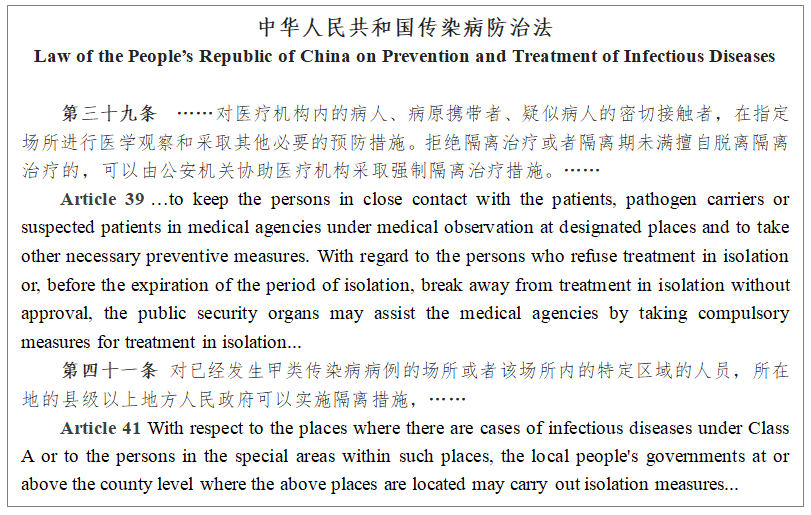 III. According to Law of the People's Republic of China on Penalties for Administration of Public Security and Criminal Law of the People's Republic of China, whoever refuses health quarantine measures such as health declaration, temperature check, epidemiological investigation and collection of samples, or refuses health treatment measures such as isolation, inspection, local treatment and transfer to other hospitals for treatment shall be held accountable in accordance with law and penalized with a warning, a fine or detention. Wherever a crime is constituted, criminal liabilities shall be investigated in accordance with law. 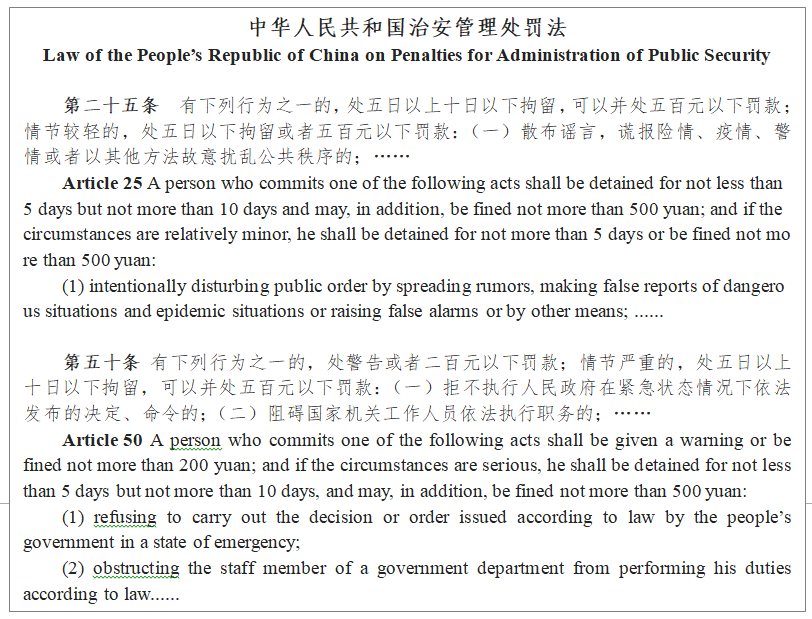 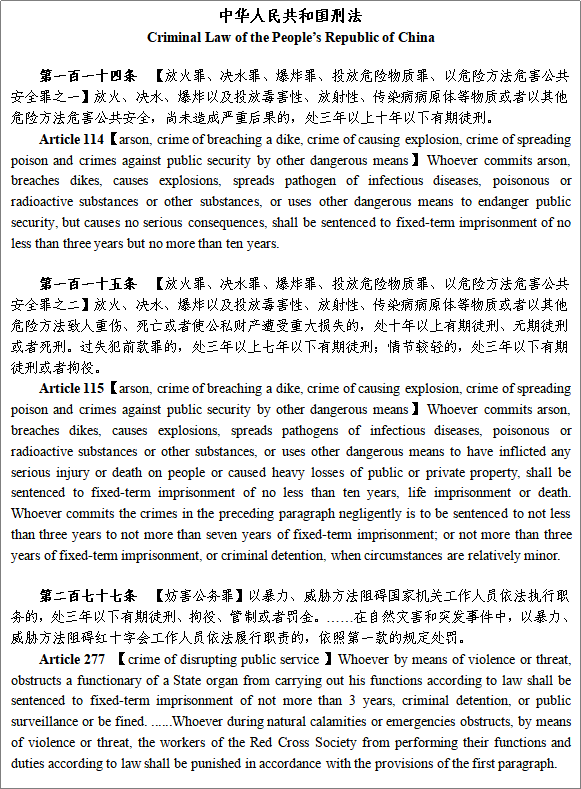 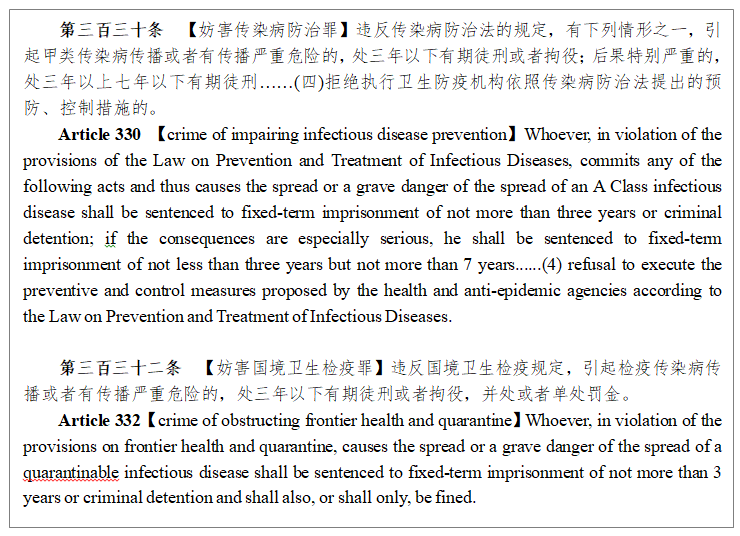 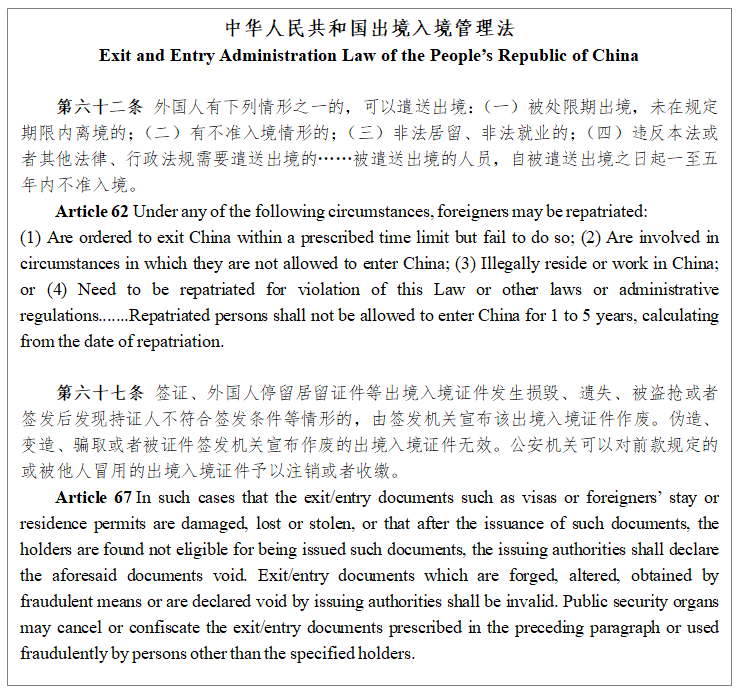 National Immigration Administration of the PRC

Note：The English version of the above legal provisions is from the official websites of the Supreme People's Court of PRC, the Ministry of Foreign Affairs of PRC, the National Health Commission of the PRC and other government departments. Parts of the quote are from the https://en.nia.gov.cn/n162/n232/c439/content.html

PREVIOUS：Continuous rise in global food prices No next

Add: Cross of Shanqian road and No.1 road,Wumashan Industrial area,Zanhuang,Shijiazhuang,Hebei,China